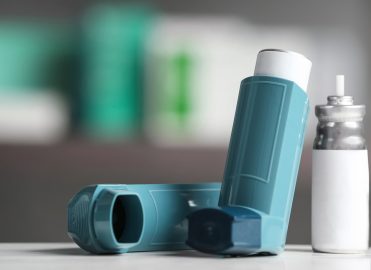 Does your provider’s nebulizer and inhalation drug documentation pass this OIG audit test?

So begins the Department of Health & Human Services (HHS) Office of Inspector General (OIG) report “Medicare Improperly Paid Suppliers an Estimated $92.5 Million for Inhalation Drugs,” published in October 2019. And while the report points the finger at the nation’s suppliers of inhalation drugs as being mostly responsible for the improper payments, the report notes that providers, too, did not follow Medicare documentation requirements, which was the major reason for Medicare’s estimated loss.

The OIG audit reviewed a “stratified random sample” of 120 claim lines out of over 2 million inhalation drug claim lines provided to Medicare during 2017. In 39 of the 120 sampled claim lines, the OIG found 28 incomplete, invalid, or missing detailed written orders (DWOs, which have since been renamed standard written orders, or SWOs); six incomplete proofs of delivery; six incomplete refill requests; and one instance where medical records were not provided. The findings resulted in $36,825 of improper payments over the 39 sampled lines, which translated into the estimated $92.5 million supplier overpayment during 2017.

This confirmed findings from CMS’ Comprehensive Error Rate Testing (CERT) program going back to 2010, which found DMEPOS suppliers that improperly billed for inhalation drugs “did not have complete detailed written orders from prescribing physicians, proof-of-delivery documentation, documented refill requests, or medical records to support the claims billed,” according to the OIG report.

How to Document Nebulizer Necessity

How, then, should nebulizers and inhalation drugs be documented to Medicare’s satisfaction? And what is the provider’s role in the process? According to the most recent revision of Chapter 5 of the Medicare Program Integrity Manual, the documentation should follow a specific sequence and contain all of the elements listed below.

Prior to delivery: The DMEPOS supplier must receive a written order prior to delivery (WOPD), if applicable. This should contain the same information as an SWO, though it should be dated “on or before the date of delivery.”

Prior to billing: The DMEPOS supplier must receive a SWO, if applicable. This should include the treating practitioner’s name or national provider identifier (NPI); the beneficiary’s name or Medicare beneficiary identifier (MBI); the date of the order; a detailed description of all items being billed — including separately billed items such as supplies — using a general description, brand name or model, or HCPCS Level II code or code narrative; and the quantity of any supplies being billed.

Additionally, if drugs, such as inhalation drugs, are being used as supplies for a DME, such as a nebulizer, the name of the drug, the dosage, the frequency of administration or other usage information, and the number of refills must be stipulated in the SWO.