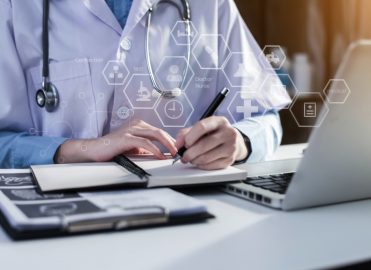 More than $14.4 million in inaccurate payments were made to Medicare Advantage (MA) organizations due to the submission of incorrect acute stroke diagnosis codes by traditional Medicare providers, as per an audit performed by the Department of Health and Human Services (HHS) Office of Inspector General (OIG). According to the Sept. 16 report, the overpayments resulted from beneficiaries who transitioned from traditional Medicare to MA and came with inappropriate acute stroke codes affixed to their risk factor scores.

Why OIG Did This Audit

OIG identified several diagnosis codes that were at high risk of being miscoded and resulting in inaccurate payments. The audit focused only on selected acute stroke diagnosis codes — which map to the Ischemic or Unspecified Stroke hierarchical condition categories (HCCs) — that were submitted on one physician’s claim without being reported on a corresponding inpatient claim. The primary goal was to determine whether these codes complied with federal requirements.

How OIG Performed the Audit

OIG randomly selected 582 of 8,437 transferred enrollees who received a high-risk acute stroke diagnosis code during 2014 or 2015. Reviews were then performed to determine whether the medical records supported the submitted diagnosis codes. The audit involved individuals who were:

OIG found nearly all of the selected acute stroke diagnosis codes that physicians submitted to CMS under traditional Medicare — that CMS later used to make payments to MA organizations in 2015-2016 on behalf of the 582 transferred enrollees — did not comply with federal requirements.

Only two of the 582 cases that had acute stroke diagnoses were supported by the documentation. Conversely, the medical records in 99.7 percent of patients lacked evidence of an acute stroke. Thus, the Ischemic/Unspecified Stroke HCCs were not validated. Because these specific diagnosis codes map to the HCCs for Ischemic or Unspecified Stroke, CMS was at risk of having made inaccurate payments.

The errors occurred due to physicians submitting incorrect acute stroke diagnosis codes on claims billed under traditional Medicare. The miscoding went unnoticed during the patient’s transfer to MA and subsequently caused erroneous overpayments. The OIG states that this happened because CMS did not have policies to identify beneficiaries who transferred or procedures to evaluate whether the acute stroke diagnosis codes reported on their behalf complied with federal requirements.

ICD-10-CM diagnosis codes identified as at high risk for noncompliance with coding guidelines include:

I63.30 Cerebral infarction due to thrombosis of unspecified cerebral artery

I63.40 Cerebral infarction due to embolism of unspecified cerebral artery

I63.50 Cerebral infarction due to unspecified occlusion or stenosis of unspecified cerebral artery

In most cases, a diagnosis of history of stroke — which does not map to an HCC — should have been reported. Incorrect reporting of these codes for acute stroke made under traditional Medicare resulted in inaccurate payments of just over $14.4 million on behalf of the individuals transferred to MA the following year.

OIG called on CMS to:

While CMS said the OIG’s findings account for less than a half percent of all transferees, the agency agreed with the recommendations and plans to review and implement new policies.

Documentation of strokes can be tricky. Coding precision hinges on the provider explicitly documenting findings to support diagnoses of acute stroke, stroke and subsequent sequela of stroke, and personal history of stroke without sequela. A joint effort between the healthcare provider and the coder/biller is essential to achieve complete and accurate documentation, code assignment, and reporting of diagnoses and procedures.

Look to these coding tips for guidance on proper reporting of cerebrovascular disease:

About Stacy Chaplain Has 126 Posts