Harness the Power of CPT Modifiers 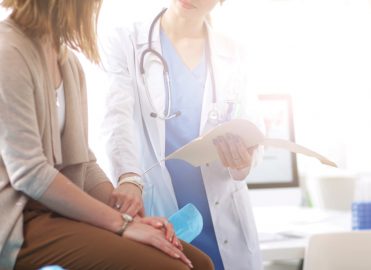 When I began my coding career in 2002, I was terrified of two areas of coding: evaluation and management (E/M) and modifier application. Back then, figuring out how to accurately apply modifiers to codes was especially daunting. I am the first to admit that, when I was a rookie coder, I was unsure if I would ever understand the intricacies of the world of modifiers. But I pressed on, found a great mentor, and with some hard work and determination, all the pieces came together.

Modifier use requires answering many questions such as:

Let’s look at some commonly used modifiers and dissect them together to answer these questions. We’ll start with modifiers that can only be appended to an E/M service.

Typically, an E/M service provided during the global period of a procedure is not separately reimbursed; instead, it’s bundled into the payment for the procedure. An exception occurs when the E/M service is unrelated to the procedure.

Modifier 24 Unrelated E/M by the same physician or other qualified health care professional during a postoperative period indicates that the E/M service being billed is not part of the global surgical package and, therefore, is separately reimbursable. Make sure to use modifier 24 on E/M codes only; it is not meant to be used on codes from other sections. The CPT® code book instructs you to append modifier 24 for an unrelated E/M service during the global period of a previous procedure.

Example: A patient is seen for an injury to the right index finger on Jan. 22, and the patient’s finger is amputated at the distal interphalangeal (DIP) joint. The patient is then seen by the same physician on March 15 for a right leg infection. Since the March visit is unrelated to the finger amputation surgery, modifier 24 is appended to the E/M service for the leg infection.

Coding: Code 26951 Amputation, finger or thumb, primary or secondary, any joint or phalanx, single, including neurectomies; with direct closure is the correct code for the visit on Jan. 22. Proper coding for the E/M visit on March 15 is 99213-24 Office or other outpatient visit for the evaluation and management of an establish patient ….

All billable medical procedures include an E/M component to help gauge the patient’s overall health and the medical appropriateness of the service. To report a separate E/M service with modifier 25 Significant, separately identifiable evaluation and management service by the same physician or other qualified health care professional on the same day of the procedure or other service appended, the visit needs to be more involved.

Example: A patient visits the doctor for evaluation of chest pain. The provider performs a complete workup of the chest pain and removes a lesion on the patient’s arm. The lesion removal procedure is separately identifiable from the office visit.

Coding: The appropriate codes to report are 99213-25 and 11400 Excision, benign lesion including margins, except skin tag (unless listed elsewhere), trunk, arms or legs; excised diameter 0.5 cm or less.

When a patient is seen for a new condition/diagnosis and the E/M service prompts the decision to perform a major procedure within the next 24 hours, report the code for the E/M service with modifier 57 Decision for surgery appended. By appending modifier 57 to the E/M code, you are alerting the payer that the E/M service — on either the day of or the day before the major surgical procedure — was when the physician determined the surgery was appropriate and medically necessary, and therefore should not be bundled into the surgery payment.

Modifier 57 applies when the physician determines the need for any major procedure — defined by Medicare as a procedure with a 90-day global period — whether surgical or non-surgical. Modifier 57 can only be used on E/M codes.

Example: A patient visits the emergency department (ED) with acute right lower quadrant abdominal pain that increases with cough and motion. The emergency room physician calls in a consulting physician who determines the patient has acute appendicitis and decides to perform an emergent appendectomy the same day.

Get Familiar With Global Package Modifiers

Global package modifiers are for use on surgical codes only. Modifiers 58, 78, and 79 all fall under this category.

We typically look to modifier 58 Staged or related procedure or service by the same physician or other qualified health care professional during the postoperative period to indicate an expected return to the operating room to complete a procedure in stages. Modifier 58 may be used to indicate a procedure that is:

Modifier 78 Unplanned return to the operating/procedure room by the same physician or other qualified health care professional following initial procedure for a related procedure during the postoperative period indicates treatment of a problem or condition created by the initial surgery. In other words, the initial surgery creates a complication that requires the surgeon to bring the patient back to the operating room unexpectedly to repair/correct the complication.

Example: A patient undergoes a gastric bypass (90-day global period) in January. In March, the patient returns to the operating room for an incisional hernia repair that developed at the site of the bypass incision. In this case, you would append modifier 78 to the procedure code for the repair of the incisional hernia because the hernia was a complication from the initial surgery.

Now let’s delve into some of the surgical modifiers.

CPT® guidelines tell us we may append modifier 22 Increased procedural service “when the work required to provide a service is substantially greater than typically required.” An unforeseen complication, for example, may occur during a procedure. Modifier 22 is for use with surgical procedure codes only; it is not intended for use on E/M service codes.

It’s advisable to send the operative report documentation that thoroughly supports the over-and-above work with the claim to explain to the payer why you are requesting additional reimbursement by adding modifier 22.

Example: A patient has a colonoscopy, and a polyp is removed. The polyp removal causes excessive bleeding, and the surgeon spends an extra 30 minutes controlling the bleeding. In this case, you would add modifier 22 to the surgical code and send the operative report and/or a letter with the claim to the payer explaining what occurred and what additional work was required by the physician.

Modifier 50 Bilateral procedure is defined as a procedure performed on both sides of the body at the same operative session, or on the same day, that is not otherwise identified in its code descriptor as “bilateral” or “bilateral or unilateral.”

Medicare, and payers that follow Medicare rules, require the code for such a procedure to be billed on a single claim line with modifier 50 appended and one unit of service. Other payers, however, may want you to submit the code twice, on two lines, with modifier 50 on the second line. Best practice is to confirm the payer’s preference prior to submitting the claim.

Example: A surgeon performs arthrocentesis on a patient’s right and left shoulders during the same encounter. For payers wanting you to report the code on one line, report 20610-50 Arthrocentesis, aspiration and/or injection, major joint or bursa (eg, shoulder, hip, knee, subacromial bursa); without ultrasound guidance. For payers that require two separate lines, report 20610 on line one and 20610-50 on line two.

Some codes specify “unilateral” and include a parenthetical statement telling us to append modifier 50 for a bilateral procedure.

Example: Under code 50592 Ablation, 1 or more renal tumor(s), percutaneous, unilateral, radiofrequency in the CPT® code book, you’ll find the note “50592 is a unilateral procedure. For bilateral procedure, report 50592 with modifier 50.”

Some codes specify “unilateral or bilateral.” When you see codes with “bilateral” in the descriptor, do not append modifier 50.

Some payers, such as Medicare, do not want you to add modifier 51 on your claims. Be sure you know your payer’s preference.

Coding tip: The primary procedure is the one with the highest relative value units (RVUs) and is listed first, with the additional procedure(s) identified with modifier 51.

Modifier 52 Reduced services applies when a reduction in service occurs by choice (either the provider’s or the patient’s). One example is when the surgeon performs only part of a procedure described by a CPT® code, and there is not a code for the partial procedure. Some codes include a parenthetical note explaining when to use modifier 52.

Example: A patient is scheduled for gastric bypass surgery: 43770 Laparoscopy, surgical, gastric restrictive procedure; placement of adjustable gastric restrictive device (eg, gastric band and subcutaneous port components). The surgeon only performs an individual component placement. Under code 43770 in the CPT® code book, there is a note stating, “For individual component placement, report 43770 with modifier 52.” Therefore, you’ll report 43770-52 for this procedure.

If a provider discontinues a procedure due to risk to the patient, modifier 53 Discontinued services applies. CPT® Appendix A tells us, “Under certain circumstances, the physician may elect to terminate a surgical or diagnostic procedure. Due to extenuating circumstances or those that threaten the wellbeing of the patient, it may be necessary to indicate that a surgical or diagnostic procedure was started but discontinued. This circumstance may be reported by adding the modifier ‘53’ to the code reported by the physician for the discontinued procedure.”

Modifier 53 may also apply if the provider must stop a procedure due to equipment failure or other extenuating circumstances (for example, the provider is injured while performing a procedure). Do not use modifier 53 in cases of elective cancellation prior to induction of anesthesia.

Example: A patient who is having a surgical procedure exhibits unstable vital signs after the administration of general anesthesia. At the recommendation of the anesthesiologist, the surgeon terminates the procedure. You would report the procedure code for the planned procedure and attach modifier 53.

Modifier 59 Distinct procedural service is an “unbundling modifier.” When properly applied, it allows you to separately report — and receive payment for — two or more procedures that are not normally billed or paid independently during the same provider/patient encounter. Modifier 59 is one of the most overused and abused modifiers, according to the Office of Inspector General, so make sure to read the documentation carefully.

To determine whether modifier 59 applies, ask:

Example:  A patient undergoes a colonoscopy, during which the physician removes a lesion proximal to the splenic flexure. During the procedure, the physician also takes a biopsy of a different lesion. The colonoscopy and the biopsy are separately reportable. Append modifier 59 to the biopsy.

Note: The Centers for Medicare & Medicaid Services has established four modifiers (XE, XS, XP, and XU) to allow for greater specificity. These modifiers are not required for use, but clinicians who are eligible to participate in the Merit-Based Incentive Payment System are incentivized to use them. See also “New Rules Issued for Modifiers 59, XE, SX, SP, and XU” in the Knowledge Center.

We’ve looked at some common modifiers, but this is not an all-inclusive list. Please see Appendix A in CPT® for information on other modifiers you may use in your coding. 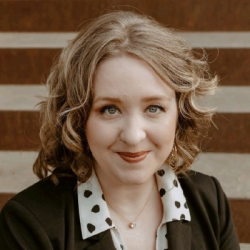 Jennifer McNamara
Jennifer McNamara, CPC, CCS, CPMA, CRC, CPC-I, CGSC, COPC, is the director of education and coding for Oncospark. She has 20+ years of proven healthcare revenue cycle experience and effective instruction through Ozark Institute for 1000+ students. McNamara has worked in many specialized areas of coding including auditing, consulting, RCM services, credentialing, and compliance. She is the host of the weekly podcast “Life as a Coder” every Wednesday discussing health information management and tips work-life balance.

About Jennifer McNamara Has 2 Posts

Jennifer McNamara, CPC, CCS, CPMA, CRC, CPC-I, CGSC, COPC, is the director of education and coding for Oncospark. She has 20+ years of proven healthcare revenue cycle experience and effective instruction through Ozark Institute for 1000+ students. McNamara has worked in many specialized areas of coding including auditing, consulting, RCM services, credentialing, and compliance. She is the host of the weekly podcast “Life as a Coder” every Wednesday discussing health information management and tips work-life balance.