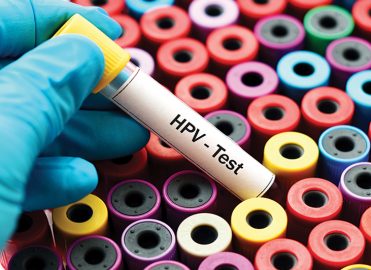 January is dedicated to protecting women’s health and working together to put an end to cervical cancer.

As the month of January brings cervical cancer into focus, it’s time to increase public understanding of the disease, including its prevalence, risk factors, and approaches to screening and prevention. Cervical cancer is the fourth most diagnosed cancer in women and the fourth leading cause of cancer-related death. Each year in the United States, more than 13,000 women are diagnosed with cervical cancer, and approximately 4,300 women will die of this disease.

The good news is that thanks to proactive measures, such as regular screening tests, most cases of cervical cancer are now preventable. And when detected at an early stage, treatment is very effective, with a five-year survival rate surpassing 90 percent.

January is Cervical Health Awareness Month, a time when organizations and charities nationwide collaborate to increase understanding and awareness of cervical cancer and encourage women to talk to their doctors and know their risk. This month, we’re putting a spotlight on this disease and stressing the importance of early detection. Together we can combat cervical cancer through prevention, screening, early detection, and treatment. Get involved and use this month as an opportunity to educate yourself and others, empower women, offer hope, and save lives.

Cervical cancer is a malignant tumor that arises when the cells lining the cervix — the lower part of the uterus that connects the body of the uterus to the vagina — mutate, grow, and multiply when they should not. Although all women are at risk for cervical cancer, it occurs most often between the ages of 35 and 44, with 50 years being the average age at diagnosis. While the exact cause of cervical cancer remains unclear, certain factors make it more likely to develop, including:

Women with pre-cancers and early cervical cancers are usually asymptomatic. As the tumor enlarges and invades surrounding tissues, symptoms may arise. The most common symptoms include:

Women with more advanced disease may experience heavy vaginal bleeding, lower extremity swelling, or blood in the urine (hematuria), in addition to generalized symptoms such as loss of appetite, weight loss, fatigue, and unexplained, persistent pain in the pelvis, back, and/or legs. As the disease progresses, it may cause problems with urination or having a bowel movement.

While the presence of the above symptoms can aid in diagnosis, the best way to detect cervical cancer early is to have regular screenings with a Papanicolaou (Pap) test, which may be combined with an HPV test. These two tests help prevent cervical cancer or find it early.

Early detection improves the likelihood of successful treatment considerably and can prevent any early cervical cell changes from developing into cancer. The U.S. Preventive Services Task Force (USPSTF) recommends the following screening guidelines for all women:

5 Ways to Reduce Your Risk

Cervical cancer usually starts with pre-cancerous changes, and there are ways to stop this from developing. The Centers for Disease Control and Prevention recommend:

January — Cervical Health Awareness Month — provides the perfect opportunity to leverage the power of your voice to raise awareness about cervical cancer, HPV, and the importance of early detection through regular screenings. Events and activities are held all month to educate about risk factors and symptoms of cervical cancer; provide greater access to screenings; and advocate for further research into its cause, prevention, diagnosis, treatment, and to ultimately find a cure.

Throughout January, communities, organizations, and healthcare professionals work together to ensure women understand what they need to do to protect themselves and stay healthy. And more importantly, that they translate that understanding into action: screening, vaccination, and well-woman visits. Wear teal and white this month — the symbolic colors for cervical cancer awareness — and help spread the word. Together, we can put an end to this disease.