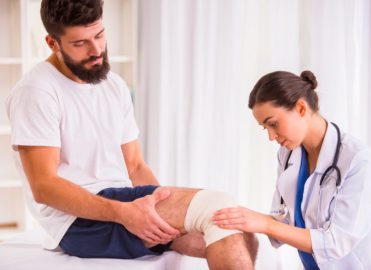 Diagnosis coding brings the unique challenge of knowing when to use a 7th character on your ICD-10-CM code and then determining which character applies. These tips will help you refine your diagnosis coding skills.

If ICD-10-CM indicates a code requires a 7th character, you must report a seven-character code. Payers will not accept incomplete codes. This tip is an obvious one, but as Tip 2 and Tip 3 reveal, getting that 7th character on your code isn’t always simple.’

Tip 2: Know When to Use Placeholder X

ICD-10-CM uses the placeholder character X in certain codes. You’ll see this in cases where a code requires a later character in a certain position, but the code does not have specific characters for one or more places before that character. By using a placeholder, the ICD-10-CM code set gives itself room to expand later.

That placeholder explanation will be a lot clearer with an example. All codes in category T36.- Poisoning by, adverse effect of and underdosing of systemic antibiotics require a 7th character. ICD-10-CM does not include a 5th character option for T36.1- to T36.8-, but those subcategories do have 6th character options. For instance, note the placement of X in T36.0X5A Adverse effect of penicillins, initial encounter.

Tip 3: Be Persistent With the 7th Character Search

Many ICD-10-CM resources list the requirement for 7th characters and the options for those characters at the category (three-character) level. There may be no indication at any of the subcategory levels that you need to use a 7th character.

To return to our T36.0X5A example, many resources, including the official release on the Centers for Disease Control and Prevention (CDC) ICD-10-CM site, list the 7th character requirement at the level of T36. There is no reference to a 7th character with T36.0, T36.0X, or T36.0X5.

If possible, choose an  ICD-10-CM resource that informs you of additional code requirements at each level so that you don’t have to spend time hunting for them. Easy access to 7th character requirements will also reduce your risk of claim issues from incomplete codes.

Tip 4: Get Familiar With Your Likely Options

Many categories that require a 7th character have these three options:

The definitions of the terms used for 7th characters are not self-evident, but reading the relevant sections in the ICD-10-CM Official Guidelines can help you grasp the intent of these characters.

For instance, Section I.C.19 describes proper 7th character use for codes in ICD-10-CM Chapter 19, which includes diagnosis codes for injury, poisoning, and other consequences of external causes.

Use 7th character S, sequela, “for complications or conditions that arise as a direct result of a condition, such as scar formation after a burn. The scars are sequelae of the burn.” You should first report a code for the sequela (like the scar) and then report the injury code with 7th character S.

Tip 6: Add to Your Choices for Fractures

Categories for traumatic fractures have additional 7th character values, so don’t slap an A, D, or S on the end of a fracture code and assume you’ve got it right.

As an example, S72.- Fracture of femur has these 7th character options:

The definitions from Tip 5 aren’t the only 7th character helpers in the ICD-10-CM Official Guidelines. You can use the table of contents and the “find” function on your computer to help you locate relevant information.

For instance, a search for “sequela” makes it easy to see that the ICD-10-CM Official Guidelines have distinct sections covering sequelae of complication of pregnancy and sequelae of cerebrovascular disease. A search for “fracture” will take you to the rules specific to fracture coding, including use of 7th characters when appropriate. You’ll discover crucial rules, such as, “The appropriate 7th character for initial encounter should also be assigned for a patient who delayed seeking treatment for the fracture or nonunion,” and “When the Gustilo classification type is not specified for an open fracture, the 7th character for open fracture type I or II should be assigned (B, E, H, M, Q).”