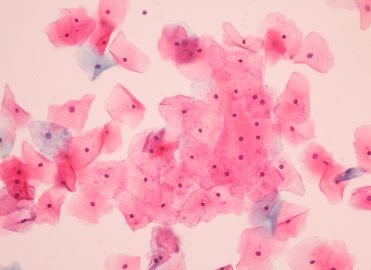 Right about now it feels like all eyes are on ICD-10-CM 2018 (and there are plenty of  changes to deal with). But we’ve got to be sure codes for our current claims are accurate, too. Today let’s get back to basics with a look at how to handle diagnosis coding for repeat Pap smears.

When the provider repeats a Pap smear because of an inadequate sample or abnormal results, you’ll report a code from R87.61- Abnormal cytological findings in specimens from cervix uteri.

The required sixth character lets you give more details:

Tip: Use R87.619 when your documentation matches these terms:

Look Elsewhere for These Diagnoses

There’s an impressive list of Excludes1 and Excludes2 notes at the R87.61- level, meaning the list applies to all codes in that subcategory.

When you’re reviewing the notes, keep in mind what each type of Excludes note means. According to the 2017 Official Guidelines, Excludes1 is the stricter of the two notes, generally meaning the excluded code should never be reported at the same time as the code with the note. But there is an exception. If the two conditions are unrelated, you may report both codes together. An Excludes2 note indicates the code doesn’t represent the excluded condition, but if the patient has both conditions you may report both codes.

Know Which Code to Use for Inadequate Sample

Subcategory R87.61- has a lot of codes, so don’t miss two slightly different ones in the middle:

ICD-10 states R87.615 is appropriate for “inadequate sample of cytologic smear of cervix.”

Medicare tip: Experts advise using the appropriate Z code, such as Z12.4 Encounter for screening for malignant neoplasm of cervix, when reporting these repeat Pap smears to Medicare.