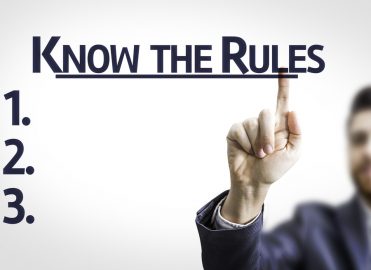 If you come across documentation that refers to ruling out a diagnosis, it’s time to go on high alert. There are some specific rules you need to follow for ICD-10-CM coding. Here are tips straight from the 2019 ICD-10-CM Official Guidelines for Coding and Reporting (OGs).

1. Know When to Use Codes That Specify ‘Ruled Out’

ICD-10-CM includes some codes with the term “ruled out” in the descriptor. Look especially at these observation Z code categories:

Important: You should report these codes only when a person was in observation for a condition that was suspected and then ruled out. If there’s an injury, illness, or signs/symptoms, report codes for those instead of the observation code, the OGs state at section I.C.21.C.6.

Keep researching: Read the OGs to learn more about proper sequencing in those cases when documentation supports an additional code, such as Z38.- for liveborn infants or a code that is unrelated to the ruled-out condition.

Let’s take a closer look at the Z04.- category mentioned above. The OGs warn you away from using T76.- Adult and child abuse, neglect and other maltreatment, suspected when the doctor rules out the suspected maltreatment. Remember you’ve got these codes to use, which have inclusion notes under the codes saying they are appropriate when alleged rape or abuse is ruled out:

Where to look: These rules are in section I.C.19.f.

3. Be Certain About Uncertain Dx Coding Based on Setting

A big rule-out rule to know is that inpatient and outpatient coding guidelines differ when the documentation uses terms of uncertainty for a diagnosis, such as a diagnosis that the doctor states needs to be ruled out.

Inpatient: “If the diagnosis documented at the time of discharge is qualified as ‘probable,’ ‘suspected,’ ‘likely,’ ‘questionable,’ ‘possible,’ or ‘still to be ruled out,’ or other similar terms indicating uncertainty, code the condition as if it existed or was established” (section II.H and section III.C state the same rule).

Outpatient: “Do not code diagnoses documented as ‘probable,’ ‘suspected,’ ‘questionable,’ ‘rule out,’ or ‘working diagnosis’ or other similar terms indicating uncertainty. Rather, code the condition(s) to the highest degree of certainty for that encounter/visit, such as symptoms, signs, abnormal test results, or other reason for the visit” (section IV. H).