Know When to Report Drug Waste 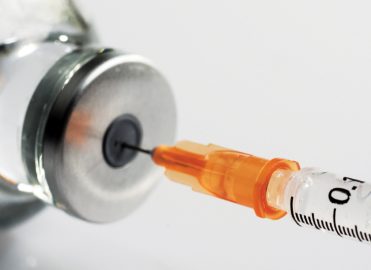 There’s a right time to recoup the cost of unused drugs and biologicals, and a wrong time.

Certain circumstances call for practices to discard unused portions of drugs. For instance, Botox® (onabotulinumtoxinA) must be used within five hours of reconstitution. If the entire vial isn’t used within that time, the only option is to discard the remaining supply. This waste is not necessarily money down the (proverbial) drain, however. You may report drug waste for those drugs the billing entity paid for and provides. Here’s how to report drug waste on Medicare Part B claims.

Claim What Is Used and What Isn’t Used

The Centers for Medicare & Medicaid Services (CMS) encourages physicians, hospitals, and other providers to administer drugs and biologicals efficiently to limit waste. When applicable, however, you may report drug waste in addition to the drug itself and its administration.

Report the administered drug using the appropriate HCPCS Level II supply code and the correct number of units in box 24D of the CMS-1500 form. Enter wasted units as a second line item. Provider documentation must verify the exact dosage of the drug injected and the exact amount of and reason for any waste.

Note: Do not bill drugs for which the provider didn’t assume the cost or administer to the patient.

Report Waste Only for Last Patient’s Use

If more than a single patient receives a drug from a single-use vial, include any waste on the claim for the last patient who received the drug.

For example: The provider schedules three Medicare patients to receive onabotulinumtoxinA (J0585 Injection, onabotulinumtoxinA, 1 unit) on the same day. From a 100-unit vial, the provider administers 30 units to each of the three patients. The remaining 10 units cannot be used within the drug’s shelf life and must be discarded.

Factor in Math, ICD-10, and Exceptions

In this scenario, you would report J9206 Injection, irinotecan, 20 mg x 17 (340 divided by 20 equals 17) and J9206-JW x 1 on a second line to account for the waste. You would also report the chemotherapy administration using 96413 Chemotherapy administration, intravenous infusion technique; up to 1 hour, single or initial substance/drug with a diagnosis of C19 Malignant neoplasm of rectosigmoid junction.

Medicare will reimburse only for drugs supplied in single-use vials. Although more than one patient may be treated from a single-use vial (as in the first example), the drug must be used up within a short time. A multi-use vial treats a greater number of patients and has a longer shelf life. As such, Medicare does not cover discarded drugs from multi-use vials.

There is one exception to this rule: Medicare will reimburse for discarded amounts of self-administered erythropoietin stimulating agents (ESAs) from multi-use vials when billed as described above. This exception applies only to Method I home dialysis patients. The waste must be due to expiration of the drug, an interruption in the patient’s plan of care, or the patient’s death, according to the Medicare Claims Processing Manual, Chapter 17, Section 40.1.

Watch Out for Fraud

It’s important to recoup the cost of drugs and biologicals for your provider. It’s equally important to avoid inadvertently overbilling the payer and patient. Take time to understand how to account for and report billing units and National Drug Code (NDC) units. And pay careful attention to the dosages specified in HCPCS Level II code descriptors. Simple errors in calculating billable units can quickly add up to big dollar mistakes.

Drug waste is a big-money issue, and as much as providers may stand to lose by not claiming discarded drugs correctly, so too does Medicare lose by paying for over-reported supplies. As codes are updated annually and quarterly, make sure to actively look for code descriptor changes related to quantities. Three simple checks will help improve billing for quantity-based codes.

1. Check the Math and Look for Code Changes

To assign HCPCS Level II codes, calculate units billed from how the drug is supplied and the amount given to the patient. The dosage unit administered or listed on the package doesn’t always match the billing unit.

Here’s an example: A total of 500 mg of tetracycline is given to a patient. The code is J0120 Injection, tetracycline, up to 250 mg. To capture the full payment for the drug administered, you would bill J0120 x 2. Watch out, though, because the conversions aren’t always this straightforward.

2. Know What You’re Reporting and Where

Remember to report the National Drug Code (NDC) and units on the claim. The unit number with the package (and its NDC) doesn’t always match the billing unit. See “Product Specificity Matters when Using National Drug Codes” in AAPC’s Knowledge Center (www.aapc.com/blog).

Leftover units not administered from the drug’s package are referred to as waste. Your provider may be allowed to receive reimbursement for discarded material.

About Renee Dustman Has 787 Posts