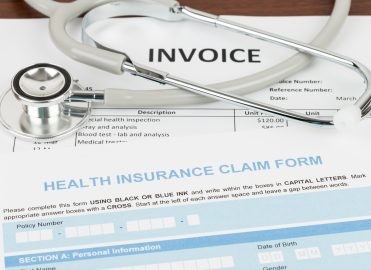 When a procedure exceeds the normal range of complexity, modifier 22 Increased procedural services may come into play. But difficulty alone doesn’t justify appending modifier 22 to the procedure code.

Only rare, outlying cases — when a physician has gone above and beyond the typical framework of a particular procedure — call for modifier 22. When used appropriately, it enables the physician to be reimbursed for the unforeseen difficulties or additional time spent that is not usually anticipated for the procedure. Although getting modifier 22 claims paid requires more than just extra work in the operating room, it also entails a greater effort documenting and submitting the claim, as this article will explain.

Correct Use of Modifier 22

Modifier 22 identifies an increment of work that is infrequently encountered with a particular procedure and is not described by another code. Most commonly, it will accompany surgical claims — although modifier 22 might also apply to medicine services, radiology services, anesthesia services, and pathology and lab services. Circumstances that call for modifier 22 include:

Specific instances when you might use modifier 22 include substantial factors (e.g., large tumors, excessive scarring, anatomical variants) directly interfering with the procedure, excessive intraoperative blood loss, significant trauma extensive enough to complicate the procedure, or even morbid obesity in a patient that makes a procedure unusually challenging.

As always, support for the claim rests on the strength and detail of the operative report. Thorough documentation is key to demonstrating to the payer that your provider performed at a level beyond the contracted service and, therefore, deserves more than the contracted rate. Comparative language that contrasts the difference between a procedure reported with modifier 22 and a typical procedure of the same type helps to establish the unusual nature of the service. To use modifier 22 effectively, surgical documentation must include a description of:

Details matter. Give the insurer a reason to pay you more than your contracted rate. Explain to the provider that in order to receive appropriate compensation, they must document and explain exactly how the service performed differs from the usual and indicate the circumstances contributing to the increased difficulty of the procedure. Their op note should include an in depth description of the procedure, including any additional diagnoses or pre-existing conditions. It should also specify any unexpected findings or complicating factors that contributed to the extra time and effort spent performing the procedure.

Make Your Case and Ask for Additional Payment

When a modifier 22 claim is documented accurately, the physician will typically be reimbursed for their additional work. To facilitate this, when submitting your claim, include a copy of the operative report that documents and justifies the unusual service and a brief, concise cover letter indicating the reason for the additional work and how the procedure differed from the norm in this particular case. If you are sending in the claim electronically, you may have to include this information in the narrative field instead.

It is also imperative to ask for the additional money. As part of your cover letter, state what you consider an appropriate payment amount for the service rendered (e.g., 125 percent of the usual fee). For example, if a procedure requires twice the amount of time as is typically necessary due to unusual clinical circumstances, you could ask the payer to increase the intraoperative portion of the payment by 50 percent.

Inappropriate Use of Modifier 22

Payers monitor modifier 22 claims carefully. Be prepared to provide detailed evidence of the extra difficulty encountered in comparison to the work that would normally be expected for the procedure performed. Modifier 22 is best applied sparingly, and only when documentation supports a truly extraordinary service. Taking steps to ensure your claim is coded correctly and sufficiently supported will increase the likelihood that you’ll receive rightful payment.