When To Report an Incidental Finding 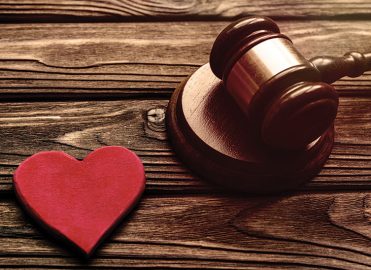 DOJ lawsuits may be your road map to risk adjustment compliance.

The growing prevalence of risk adjustment in healthcare has forged new processes in documentation practices that have resulted in many organizations adopting practices that bend the cast iron rules for ICD-10-CM coding.

We are starting to see some of the long-term dangers of ambitiously mining patient data for hierarchical condition categories (HCCs). For example, the U.S. Department of Justice (DOJ) in San Francisco has taken aim at practices for adding incidental findings to medical records in its Oct. 25, 2021, complaint against several Kaiser Permanente organizations (Case No. 3:13-cv-03891-EMC). At issue in this suit is the diagnosis of aortic atherosclerosis.

The aorta is the largest artery in the body. It receives oxygenated blood from the left ventricle and carries it away from the heart to the rest of the body. Atherosclerosis, also known as hardening of the arteries, occurs when fat, cholesterol, calcium, and other substances build up in arterial walls. These deposits are called plaques, and over time, plaque buildup narrows arteries and causes them to become stiffer, making it harder for blood to flow through them.

When plaque buildup and hardening occur in the aorta, it is called aortic atherosclerosis, and as the disease progresses, it increases a patient’s risk of aortic dissection or aneurysm, myocardial infarction, and stroke. The severity of aortic atherosclerosis ranges from early asymptomatic lesions with intimal thickening to complicated plaques with possible surface defects. Atherosclerosis typically occurs with aging, so by the time patients reach the age to be eligible for Medicare, most will have at least a bit of atherosclerosis in their aorta.

Aortic atherosclerosis, whether mild or severe, is reported with ICD-10-CM code I70.0 Atherosclerosis of aorta, which risk adjusts to hierarchical condition category (HCC) 108 in Medicare Advantage plans. This HCC carries a risk adjustment factor of 0.288, comparable to the factor for severe chronic kidney disease (CKD) stage 4. In the Kaiser case in California, a diagnosis of aortic atherosclerosis would generate between $2,500 and $3,000 revenue per patient per year, according to the complaint.

There is a hitch, though, in how aortic atherosclerosis is being diagnosed and documented these days. Often, the diagnosis is being reported by radiologists as an incidental finding during a Medicare ultrasound screening for abdominal aortic aneurysm (AAA). Every Medicare enrollee is eligible for one screening with no copay as a preventive measure.

On Oct. 16, 2019, the Journal of the American Medical Association (JAMA) quoted studies that showed up to 52 percent of radiology and laboratory tests result in incidental findings that can lead to what JAMA called “cascades of care” — tests and treatments initiated because of the incidental findings. “Such cascades of care come with substantial potential for harms,” including anxiety, financial burdens, risks, and inconveniences, the article stated.

Yet some organizations are instructing radiologists to look for and document any aortic atherosclerosis found in imaging of the chest or abdomen. Most AAAs occur in people with severe aortic atherosclerosis. Radiologists may make a note of its presence in the record if discovered during AAA screening, so the provider who ordered the test will know the patient is at risk. At issue is what Kaiser Permanente did to obtain and report that diagnosis.

The Heart of the Matter

The DOJ in its complaint alleges that:

1. Radiologists were asked by Kaiser expressly to look for aortic atherosclerosis and document it as an incidental finding where it occurred during other scheduled tests.

2. Kaiser providers were asked to expressly seek out these radiology records and report aortic atherosclerosis if documented, even in historic radiology records, and even if those records were identified after the scheduled patient encounter.

3. No care plan or new treatments were provided for most cases in which aortic atherosclerosis was added as an addendum by the provider. In fact, some patients were not even noted in the record to have been informed of the incidental finding.

4. Incidental findings are not acceptable documentation.

Coding Clinic, a publication of the American Hospital Association (AHA), has multiple entries regarding the appropriateness of reporting clinical findings. For example, from the third quarter of 2010:

It is inappropriate to report an incidental finding found on a radiology report when the finding is unrelated to the sign, symptom, or condition that necessitated the performance of the test for a patient being seen.

The Centers for Medicare & Medicaid Services (CMS) expects all diagnostic coding to conform not only to the ICD-10-CM Official Guidelines for Coding and Reporting but also to the rules from AHA Coding Clinic.

We must consider, however, that CMS Transmittal AB-01-144, updated in 2002, is at odds with the ICD-10-CM guidelines. The transmittal states:

Example 1: A patient is referred to a radiologist for an abdominal ultrasound due to jaundice. After review of the ultrasound, the interpreting physician discovers that the patient has an aortic aneurysm. The interpreting physician reports jaundice as the primary diagnosis and may report the aortic aneurysm as a secondary diagnosis because it is an incidental finding.

The chart review program violated the ICD Guidelines because it involved the systematic creation of addenda for conditions that were entirely unrelated to the visit. Because the explicit purpose of the program was to identify “new” diagnoses that had never been made by a physician, a physician queried to add a chart-review diagnosis could not have been previously aware of the condition, and certainly could not have considered, evaluated, or treated the condition at the visit. The ICD Guidelines therefore prohibited the coding of such conditions, yet Kaiser submitted thousands of such diagnoses for tens of millions of dollars in risk adjustment payments.

Money was the clear driver of the program.

Where does this leave us as risk adjustment coders, quality managers, and compliance officers? The answer should be circumspect. We all need to do data analytics and sample documentation in which I70.0 has been abstracted. Review the records for the following essential indicators:

We should also review our policies and procedures to ensure our organizations cannot be accused of “HCC mining” by systematically looking for incidental findings that risk adjust.

These are risky days in risk adjustment, with the DOJ and Office of Inspector General (OIG) both turning a laser focus on big plans and provider groups. Regardless of the size of your organization, consider what you could be doing to lead your team forward with policies that are compliant, proactive, and considered. Risk adjustment suits and OIG reports have been filed at a rate of about one big suit per month lately, and the allegations in these cases provide excellent curriculum for anyone trying to decide where to start to begin a compliance upgrade.

Ganguli; Simpkin; Lupo; et al. “Cascades of Care After Incidental Findings in a US National Survey of Physicians. Oct. 16, 2019. https://jamanetwork.com/journals/jamanetworkopen/fullarticle/2752991

About Sheri Poe Bernard Has 9 Posts