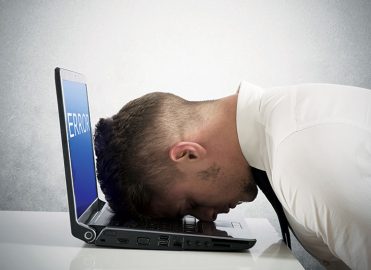 Failing to catch these common diagnosis errors can be costly for everyone involved.

We all understand the importance of abstracting information from provider documentation and accurately applying ICD-10-CM codes. These codes paint the overall clinical picture of the patient encounter, as well as the severity of illness in the patient. When it comes to risk adjustment, capturing accurate and complete diagnoses is key to forecasting the risk and resources needed for each patient. To boost diagnosis coding accuracy, let’s review some of the most miscoded hierarchal condition categories (HCCs). Many of these coding errors are on the Office of Inspector General’s (OIG’s) list for review.

A commonly miscoded HCC is related to stroke. Errors seen include coding history of cerebral infarction (stroke) versus cerebral infarction with residual deficits and coding the stroke as current when it is not. In an outpatient setting, it is unlikely that a patient would be having a definitive stroke such that the provider can accurately document and code “stroke;” these conditions are diagnosed in the hospital after thorough examination and testing. However, the OIG review has found numerous examples of current stroke coded on outpatient encounters in error.

For example: A provider’s documentation states a patient has a history of stroke. In the physical exam, the provider indicates the patient has right hemiplegia due to a previous stroke. In this case, it would be inappropriate to code Z86.73. Instead, you would code I69.351 Hemiplegia and hemiparesis following cerebral infarction affecting right dominant side to capture the current sequela of the stroke.

Of note, per ICD-10-CM coding guideline I.C.9.d.1, category I69, Sequela of cerebrovascular disease, states that codes from this category:

Sequela of cerebral infarction codes include (not an all-inclusive list):

It’s important to review provider documentation to determine when the myocardial infarction occurred. Providers should be reminded and encouraged to report the date of the AMI as part of the clinical documentation, as it is relevant to complete documentation as well as correct coding. Typically, documentation of the hospitalization for the AMI can provide a timeline for reference when coding; however, remember that each medical record must stand on its own in an audit.

Coding I25.2 Old myocardial infarction would be inappropriate if provider documentation indicates the patient was diagnosed within the four-week period. After the four-week period, if the patient is continuing to need care or treatment, it is inappropriate to continue to code the AMI as current. It is also incorrect to code for the AMI as resolved or old if the patient is continuing to require care. Code Z48.812 Encounter for surgical aftercare following surgery on the circulatory system would be the appropriate coding for a patient continuing to be treated for a myocardial infarction beyond the first 28 days.

In addition to I25.2, myocardial infarction codes include (not an all-inclusive list):

When coding for deep vein thrombosis (DVT) review provider documentation carefully to ensure it supports coding acute or chronic DVT. Don’t assume the patient has a current acute or chronic DVT just because they are on anticoagulants or have an embolism protection device, such as an inferior vena cava filter, in place. If the DVT has resolved, report Z86.718 Personal history of other venous thrombosis and embolism. A diagnosis for current DVT should only be reported when the condition is active and present.

I82.432 (HCC) Acute embolism and thrombosis of left popliteal vein

I82.521 (HCC) Chronic embolism and thrombosis of right iliac vein

I82.542 (HCC) Chronic embolism and thrombosis of left tibial vein

Depressive disorder not otherwise specified (NOS) and major depression NOS do not have associated HCCs. Whether it’s a lack of clear documentation from the provider or the coder missing key details in the record, this diagnosis category often misses the mark for coding accuracy and capturing HCCs. Seeking higher specificity from your provider through a proper query process and utilizing the details in the record to accurately report the specific type of major depressive disorder is key.

Major depressive disorder can exhibit many forms, from single or recurrent episodes to various severities, including mild, moderate, severe without psychotic features, and severe with psychotic features. Capturing the appropriate patient condition is vital to properly forecasting the financial risk patients with these diagnoses pose.

Major depressive disorder codes include (not an all-inclusive list):

The exception to this rule is when the provider specifically documents another cause to one of these conditions. For example, the same patient presents with hypertension, chronic diastolic heart failure, and stage 3 CKD. However, stage 3 CKD is documented as “due to type 2 diabetes.” Since the provider documented a known cause of stage 3 CKD (type 2 diabetes), you would not presume a relationship between hypertension and CKD. This changes the final code selection, leading you to code I11.0 Hypertensive heart disease with heart failure, I50.32, E11.22 Type 2 diabetes mellitus with diabetic chronic kidney disease, and N18.30.

In addition to I11.0 and I13.0, hypertension combination codes include (not an all-inclusive list):

Another area of coding that is often miscoded is complications of diabetes. When it comes to ICD-10-CM codes for diabetes, coders should have a deep understanding of the coding convention from guideline I.A.15 “With.” According to the ICD-10-CM coding conventions, the word “with” or “in” should be interpreted to mean “associated with” or “due to” when it appears in a code title, the Alphabetic Index, or an instructional note in the Tabular List.

There are many combination codes to consider when coding for diabetes complications. For example, in the Alphabetic Index under “Diabetes with,” there are many conditions that are considered “due to” diabetes when both conditions are present and provider documentation does not indicate a specific cause (for example, E11.43 Type 2 diabetes mellitus with diabetic autonomic (poly)neuropathy). When both type 2 diabetes and gastroparesis are documented in the record, a diabetes complication code is required. Many times, these conditions are overlooked and coded separately.

There is one exception to the “with” rule per AHA Coding Clinic 2018 Vol. 5, No. 2, which states: “The ‘with’ guideline does not apply to ‘not elsewhere classified (NEC)’ index entries that cover broad categories of conditions. Specific conditions must be linked by the terms ‘with,’ ‘due to,’ or ‘associated with.'” The guidance further specifies that for diabetic conditions that would be coded as NEC codes, coding professionals are not to assume a causal relationship, and the provider must be clear in stating the relationship.

As you can see, it’s important to review the complete record and understand the ICD-10-CM guidelines to accurately code conditions that are present in each patient. Sometimes the small details may alter the coding significantly. Reviewing coding guidelines annually and communicating with providers about clear documentation is vital.