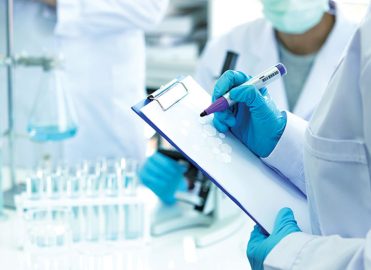 How often do you experience denials when it comes to your definitive drug testing? If the answer is often, this article may provide some answers to why that might be happening. Many payer policies have very clear guidelines, both medical and reimbursement, that dictate when coverage is applicable. Understanding when to use definitive drug testing is crucial to ensuring payment accuracy.

There are two types of drug screenings. Familiarity with them and how they differ will improve your coding.

Presumptive testing: These tests, such as immunoassays, qualitative testing, and screenings, can be performed either in a laboratory or at the point of service/point of care. Immunoassay tests are based on the principle of competitive binding and use antibodies to detect a particular drug or drug metabolite in a urine sample. Typically, immunoassays have a rapid turnaround time — results within minutes for onsite tests and one to four hours for laboratory-based tests.

Immunoassay tests vary in the type of compounds they can detect. Some detect specific drugs and may fail to recognize similarly structured drugs within the same class. Other immunoassays identify only drug class, so results cannot be used to determine which specific drug a patient is taking. For example, a positive result on an opiate immunoassay can be due to morphine or hydromorphone. The degree of cross-reactivity varies among immunoassays.

Pay attention to the codes each payer wants you to use. Most payers prefer or require the use of the following CPT® codes for presumptive tests:

80305   Drug test(s), presumptive, any number of drug classes, any number of devices or procedures; capable of being read by direct optical observation only (eg, utilizing immunoassay [eg, dipsticks, cups, cards, or cartridges]), includes sample validation when performed, per date of service

Remember, these codes are for the number of drug classes tested, not individual drugs.

Definitive testing: Confirmatory and quantitative tests are always performed in a laboratory. Gas chromatography/mass spectrometry (GC/MS) is considered the criterion for confirmatory testing. The turnaround time for GC/MS testing is several days. This technique involves using GC to separate the analytes in a specimen and MS to identify the specific molecular structures of the drug and its metabolites. These tests quantify the amount of drug or metabolite present in the urine sample.

Definitive tests are used to confirm the presence of a specific drug identified by a screening test and can identify drugs that cannot currently be isolated by available immunoassays. Results are reported as specific levels of substances detected in the urine. GC/MS generally requires specification of the drug(s) to be identified. Alternatively, broad-spectrum screens can be conducted.

Limitations and coverage: Unfortunately, presumptive urine drug screen testing has limited abilities. It’s a screening tool only and can produce false-positive or false-negative results due to testing methodology. A screening result that does not align with the patient’s prescribed medication must be confirmed by MS before the patient can be accused of non-compliance. Many providers do not understand the presumptive nature of these test results and want to act on them immediately; however, payers will not pay for two presumptive tests in one day (i.e., point of care and a lab immunoassay testing).

Another limitation of presumptive tests is that the drug of interest may not be part of the screening panel. For example, most opiate screens on the market primarily detect morphine and codeine. Depending on the assay used, hydrocodone and oxycodone may not be included. Synthetic opioids, such as fentanyl, are also not routinely detected by point-of-care urine tests.

Despite these limitations, many payer policies will not cover a definitive test without the performance of a presumptive screening first. They may also limit the use of drug testing by breath, sweat, and hair analysis, as these are usually considered experimental, investigational, or unproven.

Again, make sure to pay attention to the codes the payer wants you to use. Most payers prefer or require the use of certain codes for definitive testing (e.g., HCPCS Level II codes G0480, G0481, G0482, G0483, G0659) since they refer to a range of drug classes rather than the individual drug codes.

The Clinical Laboratory Improvement Amendments (CLIA) established quality standards for all laboratory testing to ensure the accuracy, reliability, and timeliness of patient test results wherever a test is performed. A laboratory is defined as any facility that performs laboratory testing on specimens derived from humans to provide information for the prevention, diagnosis, and treatment of disease or assessment of health or impairment. CLIA is user-fee funded; therefore, all costs of administering the program are covered by the regulated facilities.

CLIA requires all providers and facilities that perform even one test, including waived tests, on “materials derived from the human body for the purpose of providing information for the diagnosis, prevention, or treatment of any disease or impairment of, or the assessment of the health of, human beings” to meet certain federal requirements. If a facility performs tests for these purposes, it is considered a laboratory under CLIA, and as such, it must apply and obtain a certificate from the CLIA program that corresponds to the complexity of tests performed. Each location needs its own certification; they may not be shared. Certifications are given to labs, not to a provider.

There are five types of CLIA certifications:

Documented Medical Necessity Is a Must

Definitive or confirmatory testing is typically responsible for the bulk of payer denials. This is why it’s imperative for documentation to spell out why these tests were ordered.

According to a white paper published by the American Society of Addictive Medicine, “There is no compelling rationale in clinical practice for subjecting all negative immunoassay results to definitive testing.” To date, there are no published professional society consensus guidelines regarding the effectiveness of definitive drug testing if presumptive testing is negative and is consistent with the patient’s medication regimen.

If a presumptive drug screen yields a positive result and more detail is required, definitive drug testing may be appropriate. Medical necessity for the additional testing must be clearly defined in the medical record. Among most payers, a positive presumptive test result should only be subjected to definitive testing when the results conflict with the patient’s account of their drug use or when drug specificity is needed in class-specific assays (i.e., amphetamines, benzodiazepines, opiates).

Performing confirmation testing when there hasn’t been an initial screen is only allowed in a few circumstances:

If a physician or lab runs tests for drug classes that were not in question during confirmation testing, medical necessity has not been established, and the claim will be denied. This is why you will often see plans, such as UnitedHealthcare, Cigna, and Blue Cross Blue Shield, not pay for definitive drug testing over a certain number of drug classes.

A limit of one presumptive test and one definitive test can be performed on the same date of service.

Specimen validity testing may be required to assure that a specimen has not been compromised, or that a test has not been adulterated. However, all payers include specimen validity testing in presumptive and definitive drug testing; it’s considered quality control integral to the collection process and is not separately reimbursable. In a recent Office of Inspector General investigation for the Centers for Medicare & Medicaid Services (CMS), “… Medicare improperly paid 4,480 clinical laboratories and physician offices a total of $66.3 million for specimen validity tests billed in combination with urine drug tests.”

When reporting or reviewing drug testing, ask yourself the following:

Keeping these points in mind will save you and your staff time when it comes to billing and researching denials for definitive drug tests. 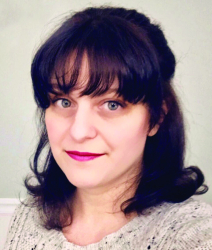 Stephanie Sjogren
Stephanie Sjogren, CPC, COC, CDEO, CPMA, CPC-I, CCS, HCAFA, is director of coding and provider reimbursement, working with payment integrity to ensure proper claims adjudication and to prevent fraud, waste, and abuse. Prior to joining Connecticare/EmblemHealth, she performed provider audits and education at a women’s healthcare group. Sjogren has also worked with physicians and staff to integrate and use electronic health record systems effectively and to stay in compliance with CMS rules and regulations. Her areas of specialty are evaluation and management, auditing, and clinical documentation improvement. Sjogren has served as an officer for the Hartford, Conn., local chapter.

About Stephanie Sjogren Has 2 Posts

Stephanie Sjogren, CPC, COC, CDEO, CPMA, CPC-I, CCS, HCAFA, is director of coding and provider reimbursement, working with payment integrity to ensure proper claims adjudication and to prevent fraud, waste, and abuse. Prior to joining Connecticare/EmblemHealth, she performed provider audits and education at a women’s healthcare group. Sjogren has also worked with physicians and staff to integrate and use electronic health record systems effectively and to stay in compliance with CMS rules and regulations. Her areas of specialty are evaluation and management, auditing, and clinical documentation improvement. Sjogren has served as an officer for the Hartford, Conn., local chapter.