Get to the Heart of Coding TAVR 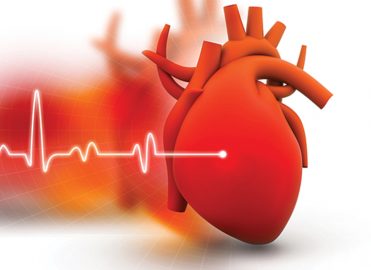 Solidify your understanding of aortic valve disease and how to report this life-changing treatment.

Transcatheter aortic valve replacement (TAVR) is a minimally invasive cardiac procedure to replace a diseased aortic valve in a person’s heart. The most common reason to undergo TAVR is aortic stenosis, which is an abnormal narrowing of the aortic valve opening that restricts the flow of blood out of the left ventricle to the rest of the body. Accurate diagnostic and procedural coding for TAVR procedures hinge on medical coders understanding the anatomy and pathophysiology of the cardiovascular system, and what to look for in the operative note.

The heart has four valves that control blood flow. The aortic valve — located between the left lower heart chamber (left ventricle) and the body’s main artery (aorta) — controls blood flow from the heart out to the rest of the body. In patients with aortic stenosis, this valve becomes too stiff and/or narrow to open fully, which forces the heart to pump harder. Over time, the stress can damage the heart muscle and lead to heart failure. TAVR can help restore blood flow and reduce the signs and symptoms of aortic valve stenosis such as chest pain, shortness of breath, and fatigue.

A replacement valve made of cow or pig tissue is passed through the hollow catheter and placed in the area of the aortic valve. The surgeon uses imaging guidance to deliver and implant the artificial valve in the correct position. Depending on the type of valve, inflation of a balloon on the catheter tip may be used to press the new valve into place. Once the new valve is expanded, it pushes the old valve leaflets out of the way, and the tissue in the replacement valve takes over the job of regulating blood flow. The surgeon removes the catheter once the new valve is securely in place.

Here is a case scenario to demonstrate coding for the TAVR procedure.

DESCRIPTION OF OPERATION: The patient was brought to the operating room and laid in supine position on the operating table. Intravenous sedation was administered by the anesthesia service. A transthoracic echo probe was placed and it revealed well-preserved left ventricular function with severe valvular aortic stenosis. Intravenous antibiotics were administered. The patient was prepped and draped in standard sterile fashion. 1% lidocaine was used to infiltrate the skin and subcutaneous tissue in both groins. Percutaneous access of the left common femoral artery and left common femoral vein were obtained. Utilizing modified Seldinger technique, a 6-French sheath was placed in the left common femoral artery and a 7-French sheath placed in the left common femoral vein. The right common femoral artery was then accessed utilizing a micropuncture technique. After angiographic confirmation of access into the right common femoral artery, two Perclose devices were used to secure the right common femoral arterial puncture site for closure later. A 10-French dilator was then inserted. A 0.035 Amplatz Super Stiff wire was then advanced to the 10-French dilator. The tract was then dilated to 14 French and a 14-French sheath was placed without difficulty. A temporary pacemaker wire was advanced through the left common femoral vein and positioned in the right ventricular apex with good thresholds. An angled pigtail catheter with 0.035 J-wire was advanced through the left common femoral artery and positioned in the aortic root in the right coronary cusp. Multiple projections and root injections were used to obtain a coplanar view of the valve. Once we were satisfied with our implanting view, the patient was then heparinized. An AL-1 catheter was then advanced over top of the Amplatz Super Stiff wire and positioned in the ascending aorta. The Super Stiff wire was withdrawn and a 0.035 straight wire was then used to cross the aortic valve. The AL-1 catheter was then advanced across the aortic valve. The straight wire was removed and exchanged for an Amplatz extra stiff wire, which had been precurved. The AL-1 catheter was removed. A 26 mm SAPIEN 3 valve mounted on the Commander delivery system was then advanced over top of the Amplatz extra stiff wire. It was appropriately aligned under fluoroscopy on the balloon. The device was then advanced across the aortic valve and, under rapid ventricular pacing, the valve was deployed without difficulty. The deployment device was withdrawn. Initial echocardiographic pictures revealed adequate positioning with no perivalvular leak. We were happy with our result. We then withdrew the deployment device and the guidewire from the ventricle. The 14-French sheath was then removed and the Perclose devices were secured. Protamine had been administered. A 6-French Angio-Seal was used to secure the left common femoral arterial site. Manual pressure was used for hemostasis in the left venous site. Sterile dressings were applied. The patient was subsequently transferred to the cath lab holding area in stable condition. All sponge and instrument counts were correct per nursing service in attendance.

Secondary code: Z00.6 Encounter for examination for normal comparison and control in clinical research program to report qualified study or registry participation (e.g., REPRISE III Clinical Study, TVT Registry, etc.), if applicable. Medicare covers TAVR under Coverage with Evidence Development for the treatment of symptomatic aortic valve stenosis when all conditions of the national coverage determination are met. Remember to include the clinical trial number.

TAVR can improve the quality of life in patients who may have otherwise had limited choices for repair of their aortic valve. Check with your payer to verify that this potentially life-saving procedure is approved and available for qualifying patients. 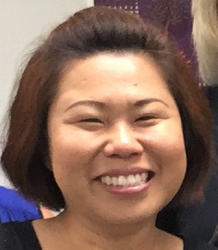 Yuko Gosselin
Yuko Gosselin, BS, CCS, started her career as a claim assessor at an insurance company in Japan. She moved to the United States in 2003. After becoming an experienced retail associate, she discovered her passion is working in the medical industry. Gosselin took a coding certification program at Fisher College and progressed quickly from radiology coder to her current position, working as a certified inpatient coder at Beth Israel Lahey Health in Massachusetts.

About Yuko Gosselin Has 1 Posts

Yuko Gosselin, BS, CCS, started her career as a claim assessor at an insurance company in Japan. She moved to the United States in 2003. After becoming an experienced retail associate, she discovered her passion is working in the medical industry. Gosselin took a coding certification program at Fisher College and progressed quickly from radiology coder to her current position, working as a certified inpatient coder at Beth Israel Lahey Health in Massachusetts.