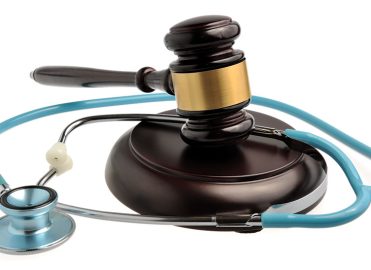 Can I be prosecuted for fraud because of my involvement in submitting a false claim?

This is a common question from medical coding and billing personnel, especially when they have concerns regarding the codes and modifiers they are directed to bill relative to provided healthcare services and supplies. While the short answer to this question is “yes,” there are a number of factors that influence the government’s decision regarding who to prosecute. The following will demonstrate where liability may arise for healthcare business professionals who are involved in coding, claims preparation, denial management, or other services associated with the preparation, submission, and payment of claims for healthcare services and supplies.

A Precedent Is Set

Healthcare business professionals are aware (at least to some extent) that the False Claims Act (31 USC §§3729-3733), the Civil Monetary Penalties Law (42 U.S.C. § 1320a-7a), the Program Fraud Civil Remedies Act (31 U.S.C. §§ 3801- 3812), and other common law theories of payment by mistake and unjust enrichment can be applied, not just to the physician or healthcare entity seeking payment, but to any individual that knowingly “causes” the submission of a false claim to a federal healthcare program or program funded, directly or indirectly, with federal healthcare program dollars.

A recent case, which was resolved by settlement, illustrates that while uncommon, healthcare business professionals can be implicated relative to the submission of false claims. The Department of Justice recently brought a case against Arriva Medical, LLC and its Florida-based billing consultant Ted Albin of Grapevine Professional Services, Inc. (doing business as Grapevine Billing and Consulting). The United States intervened in qui tam litigation filed against Arriva, and in doing so, added Albin as a defendant in its amended civil False Claims Act complaint. Albin agreed to pay $50,000 to resolve the allegations that he, through Grapevine, violated the False Claims Act.

The claims were allegedly false because they were tainted by alleged kickbacks to the Medicare beneficiaries in the form of either free or no-cost glucometers, or the routine waiver of patient out-of-pocket expenses associated with the diabetic testing supplies provided. The United States further alleged that Albin and Grapevine knowingly submitted false claims for glucometers provided to beneficiaries who were not eligible to receive them because they had received a covered glucometer within the prior five-year period.

While we could address the specific issues cited in support of the allegations, that is not what is important or particularly educational about this case. Acting Assistant Attorney General Brian M. Boynton for the Justice Department’s Civil Division summed up the significance of this case for healthcare business professionals by stating that “Consultants must abide by federal requirements when providing Medicare billing advice,” signaling that in addition to pursuing False Claims Act allegations against the healthcare providers and suppliers who submit false claims, this case potentially signals an effort to also investigate the coding, billing, and reimbursement consultants involved in the decision-making process that lead to the submission of false claims.

For those serving as external consultants (including billing service providers) providing guidance regarding code selection, claim preparation, denial management, or patient billing, liability can be mitigated by taking the following steps:

This case has significant importance for third-party billing services and consultants and demonstrates why service as a consultant requires advanced knowledge of not only coding and billing rules but compliance concepts as well. Additionally, consultants need advanced research and writing skills to be able to correctly identify the appropriate payer-specific rules. Consultants must be able to clearly and accurately articulate what they’ve found so their clients can make an informed choice about how to operate their practice or service in compliance with relevant rules and guidance.

When concerns arise about what a client is asking you to do, raise them. Remember, a good consultant is focused on helping the client stay compliant in all aspects of the revenue cycle. When consultants get more focused on getting the claim paid or ways to increase revenue for the practice, false claim or other liability will arise not only for the client, but potentially for the consultant, as well.

Michael Miscoe
Michael D. Miscoe, JD, CPC, CASCC, CUC, CCPC, CPCO, CPMA, CEMA, AAPC Fellow, has nearly 30 years of experience in healthcare coding and over 25 years as a forensic coding/compliance expert and consultant. He has provided forensic analysis and testimony as an expert witness on a wide range of coding and compliance issues in civil and criminal cases on behalf of providers, payers, and the government. Miscoe sits on AAPC’s Legal Advisory Board (LAB).

About Michael Miscoe Has 54 Posts

Michael D. Miscoe, JD, CPC, CASCC, CUC, CCPC, CPCO, CPMA, CEMA, AAPC Fellow, has nearly 30 years of experience in healthcare coding and over 25 years as a forensic coding/compliance expert and consultant. He has provided forensic analysis and testimony as an expert witness on a wide range of coding and compliance issues in civil and criminal cases on behalf of providers, payers, and the government. Miscoe sits on AAPC’s Legal Advisory Board (LAB).