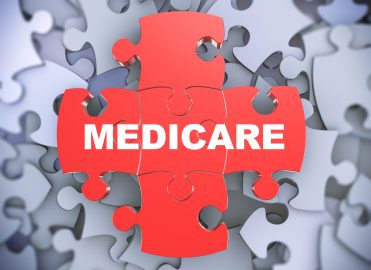 Every year, tens of thousands of people enrolled in private Medicare Advantage (MA) plans are denied necessary care that should be covered under the program, federal investigators concluded in a report published on April 27. The Department of Health and Human Services’ Office of Inspector General (HHS OIG) urged increased oversight of the program and advised the Centers for Medicare & Medicaid Services (CMS) to take steps to prevent Medicare Advantage Organizations (MAOs) from denying coverage and payment for medically necessary care.

MA plans have become an increasingly popular option among older Americans. According to the report, of all Medicare beneficiaries in 2021, more than 26 million were enrolled in a MA plan. What’s drawing people to these privatized versions of Medicare? They are often less expensive and provide a wider range of benefits than traditional government-run program offerings.

With enrollment in MA plans more than doubling over the last decade, the OIG felt it was imperative to analyze program integrity and the appropriateness of coverage denials. Their primary concern was that the capitated payment model used in MA potentially incentives MAOs to deny patients access to services and deny payments to providers in order to boost profits.

“As enrollment in Medicare Advantage continues to grow, MAOs play an increasingly critical role in ensuring that Medicare beneficiaries have access to medically necessary covered services and that providers are reimbursed appropriately,” the OIG explained. The report went on to say that even though MAOs approve most requests for services and payment, they also deny millions of requests each year. Coupled with the fact that annual audits by CMS have highlighted “widespread and persistent problems related to inappropriate denials of services and payments,” the OIG felt that a deeper dive was warranted.

To conduct the study, the OIG reviewed a random sample of 250 prior authorization denials and 250 payment denials issued by 15 of the largest MAOs during June 1-7, 2019. Medical coding experts conducted case file reviews of all cases, and physician reviewers examined medical records for a subset of cases. From these results, the OIG estimated the rates at which MAOs denied prior authorization and payment requests that met Medicare coverage and MAO billing rules. Auditors also examined the reasons for these denials and the types of services associated with the denials in the sample.

The report describes the avoidable delays, extra steps, and administrative burden caused by inappropriate health plan denials and illustrates the negative impact on patient care and access through a series of case examples. “Denying requests that meet Medicare coverage rules may prevent or delay beneficiaries from receiving medically necessary care and can burden providers,” OIG said.

To ensure that patients covered under MA have timely access to all necessary healthcare services, the OIG recommended that CMS:

CMS concurred with all three recommendations.

About Stacy Chaplain Has 124 Posts