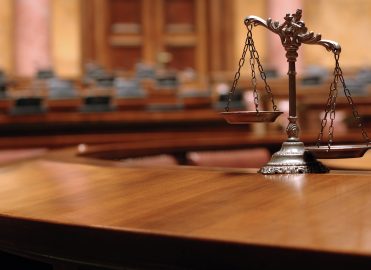 The second interim final rule (IFR) related to the No Surprises Act (NSA) — legislation that regulates surprise billing in emergency and out-of-network healthcare settings to protect patients from unexpected medical expenses — was released in September 2021 (the September Rule) and, in part, included provisions related to the independent dispute resolution (IDR) process.

The American Medical Association (AMA) and American Hospital Association (AHA) were instrumental in passing the NSA and fully support its patient protections and provider requirements. However, the two organizations had serious concerns with the way in which the IDR process was structured in the second IFR, contending that the September Rule conflicts with the NSA by taking the fair and balanced independent arbitration process set down by Congress and instead establishing a presumption in favor of qualifying payment amounts (QPAs), thus skewing the intended neutral arbitration to always favor the insurance companies. “It is not the law that Congress passed,” say the organizations.

In an effort to reverse the IDR process set forth in the September Rule, the AMA and AHA have filed a motion to vacate the provisions requiring IDR entities to employ a presumption in favor of the offer closest to the QPA.

In December, the AMA and AHA filed a motion in the U.S. District Court for the District of Columbia to halt implementation of the IDR process of the NSA, pending judicial review, following a similar motion made by the Texas Medical Association. The AMA contends that the September Rule “directs the IDR entities to presume that the Qualifying Payment Amount (QPA) (considered the plan’s median in-network rate) is the appropriate out-of-network rate. Under the September Rule, other factors relevant to payment and enumerated in the statute are only to be considered in limited circumstances, despite no statutory language creating this presumption.”

In short, the AMA and AHA contend that the IDR process set forth in the September Rule not only fell outside the scope of Congress’s original intent but also exceeded the government’s statutory authority.

The September Rule forbids arbitrators from scrutinizing the QPA, commanding them to take the insurer’s proffered QPA as given. It provides that an arbitrator may not consider any of the non-QPA statutory factors unless a party submits “credible information” about them, and more importantly, that the arbitrator “must select the offer closest to the QPA” unless a party meets a heightened burden of proof found nowhere in the NSA. The AMA/AHA motion cites that this “skeptical, one-sided evidentiary burden” makes it difficult for an arbitrator to fairly consider the non-QPA statutory factors and deviates from Congress’s law, which mandated that the arbitrator alone shall consider all enumerated factors, without giving categorical priority to any single one.

Simply put, the AMA and AHA contend that the September Rule undermines the independence of the IDR process and the fairness of arbitration by severely tilting the scales toward the QPA, and therefore, insurance companies. Furthermore, the court motion argues that the September Rule will harm patients by encouraging insurers to avoid providers that have higher costs and allowing insurers to rely on the IDR process for an unfairly low rate, with little incentive to include providers with higher costs (and frequently higher quality and specialized services) in their network. This will narrow the network of providers available to patients, says the motion.

The AMA/AHA motion seeks to rebalance the rules for arbitration by returning them to their original intended state where each party submits a single, final offer; a process that encourages each side to submit reasonable offers with supporting evidence.

The AMA/AHA lawsuit is substantively similar to the lawsuit brought by the Texas Medical Association in the U.S. Federal District Court for the Eastern District of Texas. In February, that court found in favor of Texas and vacated the provisions in the IFR that weighted the IDR process in favor of health plans. Following the decision, the Centers for Medicare and Medicaid (CMS) and the Department of Labor issued a memorandum stating that the invalidated portion of the rules would not be enforced, but that the rest of the NSA and the rest of the IDR process would continue to apply. It is uncertain whether the government will appeal the Texas case, but it is clear that a final rule will be issued once all court cases are settled.

The federal IDR process does not supersede state laws. The federal law provides a baseline, and state law can continue to apply as long as it is more stringent or provides better consumer protections or better patient protections than one that applies under federal law. Check your state’s laws to understand their IDR applications, and check out this AMA webinar from April that delves deeper into specific state rules.

Join your fellow AAPC members for the webinar “Ask the Attorneys: Deep Dive Into the No Surprises Act” live on May 26 or on demand May 27. Stacy Nicole Harper, JD, MHSA, CPC, and William (Bill) Hopkins, JD, will present the requirements of the No Surprises Act, analyze how these requirements will affect your organization, and develop implementation strategies and best practices. 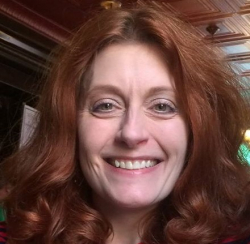 About Lee Fifield Has 101 Posts