In Cardiology Coding Alert, Volume 25, Issue 6, you learned all about how to report electrophysiological (EP) studies in the article “Conquer Comprehensive EP Study Coding With This Expert Advice.”

Now, see what advice speakers Leigh Poland, RHIA, CCS and Srivalli Harihara, CPC, PGPAIML, had to share during the recent Virtual HEALTHCON talk “Coding Electrophysiological Study (EP)” regarding the codes you should report when your cardiologist performs an ablation procedure during the same session as an EP study.

Understand What Happens During Ablation

An ablation involves the use of special catheters to destroy the path of the errant pathway with application of radiofrequency energy or via the cryotherapeutic technique, according to Harihara. These catheters are used to destroy the route of the abnormal electrical pathway. This interrupts the electrical signal and prevents it from following the pathway ablated. 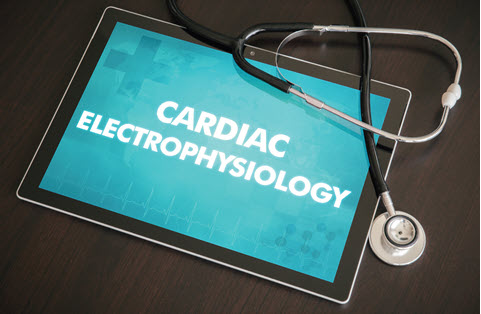 Don’t miss: There may be mapping, pacing, and drug infusion documented, but they are included in that AV node ablation. The placement of a temporary pacemaker is also included in the AV note ablation.

Example: Take a look at this example from Poland: A patient with a history of implantable cardioverter defibrillator (ICD) placement has been deemed an appropriate candidate for an AV node ablation, as his biventricular pacing percentage is less than 90 percent. Prior to the study, the ICD was interrogated and found to be performing appropriately. The patient was set to VVI with a lower limit of 40 beats per minute with RV pacing only prior to the ablation procedure. Through the right femoral groin, an SRO sheath was placed. A Blazer 4mm catheter was used for pacing, ablation, and catheter mapping purposes. The 4mm Blazer catheter was placed on the His position and subsequently ablation lesions were placed. This resulted in complete heart block with subsequent RV pacing at the lower rate of 40 beats per minute. The patient was observed for approximately 30 minutes, and there was no recurrence of his native conduction. In the post procedure period, the device was once again interrogated. His battery was at the beginning of life. In terms of the atrial lead, sensing was 0.2mV with an impedance of 200 ohms. There was no underlying rhythm, and the patient was pacemaker dependent.

Solution: You should report 93650 for this simple AV node ablation.

Supraventricular (SVT) ablation includes ablation of atrial or supraventricular tachycardia, atrial flutter, atrial fibrillation, and other accessory pathways, Poland says. You should report 93653 (Comprehensive electrophysiologic evaluation with insertion and repositioning of multiple electrode catheters, induction or attempted induction of an arrhythmia with right atrial pacing and recording and catheter ablation of arrhythmogenic focus, including intracardiac electrophysiologic 3-dimensional mapping, right ventricular pacing and recording, left atrial pacing and recording from coronary sinus or left atrium, and His bundle recording, when performed; with treatment of supraventricular tachycardia by ablation of fast or slow atrioventricular pathway, accessory atrioventricular connection, cavo-tricuspid isthmus or other single atrial focus or source of atrial re-entry) for SVT. 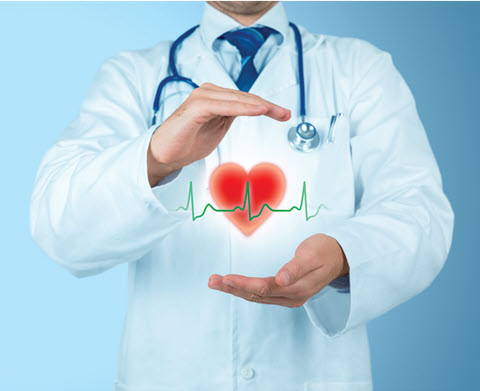 Pulmonary vein ablation is a specific ablation technique that is performed in the left atrium to treat atrial fibrillation, according to Poland. There are two codes describing pulmonary vein isolation: 93656 (Comprehensive electrophysiologic evaluation including transseptal catheterizations, insertion and repositioning of multiple electrode catheters with intracardiac catheter ablation of atrial fibrillation by pulmonary vein isolation, including intracardiac electrophysiologic 3-dimensional mapping, intracardiac echocardiography including imaging supervision and interpretation, induction or attempted induction of an arrhythmia including left or right atrial pacing/recording, right ventricular pacing/recording, and His bundle recording, when performed) and +93657 (Additional linear or focal intracardiac catheter ablation of the left or right atrium for treatment of atrial fibrillation remaining after completion of pulmonary vein isolation (List separately in addition to code for primary procedure)).

Pacing and recording of the left ventricle (+93622) and performance of an EP study following injection of a conduction altering drug (+93623) can be separately reported, Poland explains. Code +93657 may only be reported in addition to code 93656 and can only be reported up to two times. You can only report 93656 once, per MUEs.

“Only one primary ablation code may be reported in a single case because each of the primary codes include a comprehensive EP study,” adds Robin Peterson, CPC, CPMA, manager of professional coding services, Pinnacle Integrated Coding Solutions, LLC in Centennial, Colorado. “If you have a case where a supraventricular tachycardia and ventricular tachycardia require ablation at the same setting, you would report either 93653 or 93654, and then the other distinct mechanism of arrhythmia would be reported with the +93655.”

A transseptal approach (+93462) and performance of an EP study following drug infusion (+93623) are separately coded with ventricular tachycardia ablation (93654) when performed, Poland explains. If an additional mechanism of arrhythmia (atrial of ventricular) is ablated, report add-on code +93655. EOBs: Clear Up EOB Patient Confusion With This Handy Advice
Loading....
Other Articles in this issue of